The Angeles Crest Highway is a scenic drive in California in the Los Angeles Area. This is one of the most beautiful roads in California. In fact, it is a unique opportunity to have an alpine road in direct proximity of L.A. area.

Where is the Angeles Crest Highway?

The road is located on the northeast side of Los Angeles in California. It starts in La Cañada and ends near Wrightwood.

The drive is well known by car, bike, road bicycle lovers for its scenery, and the possibility to view alpine landscapes near Los Angeles. Indeed, by driving here you will have some fresh air, mountains and some incredible curves!

You can situate the road on the map below:

Facts about the Angeles Crest Highway

This is a two lanes road that passes through the San Gabriel Mountains and the Angeles National Forest. Except for a very small portion in the La Cañada, all the Angeles Crest Highway is part of California State Route 2.

The itinerary is 105 kilometers (66 miles) long. As already said, the road crosses the San Gabriel Mountains and is one of the highest roads in California at some point it is 2100 meters (7000 ft) above the sea level. The highest point of this mountain is the  Dawson Saddle peak (2410 meters, 7900 ft).

It will take you approximately 1 hour and a half to 2 hours to drive the route from La Cañada to Wrightwood.

The road is in excellent condition as a large part was reconstructed after closure in the 2000s. In fact, the asphalt is really good and the bikers can enjoy the ride and don’t think about potholes.

In the high season or on weekends there can be a lot of people on that road, so better choose a weekday or come there earlier in the morning!

Be aware that there is no gas station for 55 miles (90 kilometers) between La Cañada and Wrightwood. Consider refueling before starting your road trip!

This road was planned to be a fire access road. The construction started in 1929 but stopped when World War II started.

Then, the construction started again in 1946 and ended ten years later in 1956. The road was built by prisoners which were forced to work.

There was an idea by local authorities to upgrade the road into a freeway in the 1950s. However, the idea was abandoned because of the difficult terrain.

How to get to the Angeles Crest Highway?

Usually, people come from Los Angeles. In this case, you will have to drive in the north east direction to La Cañada town. The route is a part of the California State route number 2, so you can take the Glendale freeway (part of state route 2) and go straight to the Angeles Crest Highway.

If you are coming from the other side (from Las Vegas or from the Cajon Pass) and are going in direction of the pacific coast, you will have to get to Wrightwood town where the state route 2 crosses the state road 138.

You visualize how to get there on this map of the drive:

Things to do nearby

There are several activities to practice or places to see while driving the Angeles Crest Highway.

Of course, there are viewpoints where you can admire the splendid landscapes. But there also other things to do, here are some of the favorite one:

In order to park on the road, at a picnic area, viewpoints or other sites, you may need a Forest Service “Adventure Pass”. It costs 5$ for the day or 30$ annually. You can have more info on the official website of the Forest Service here.

A preview of the drive:

If you are planning your road trip to California, here is a video of the complete drive. You are obviously not obliged to see all the 2 hours, but it will give a great idea of the beauty of this road. Here is the 4K video from Youtube:

Is the Angeles Crest Highway open?

How to know if the road is open?

The Californian State Road number 2 is normally always open. However, the road can close occasionally because of forest fire or other weather conditions issues, especially in winter. You can have some information about the road status on the official website of the Californian government or also at the department of the public road of the LA county website. Also, a road sign will show you if the road is open:

Be aware that the mobile phone reception can be very poor in some areas, because of the mountains and the fact it’s quite inhabited in the area of the road.

History of the road closures:

The road was closed for a long period twice in the last 20 years. Once in 2005 because of strong winter storms. In 2006 a stronger storm caused much more damage and the road had to be partially reconstructed. The State was concerned about rebuilding the road to support the Wrightwood town business (as it depends on a big part of tourism from State Road 2). The budget allowed was 4 million dollars. But it ended with a 4 and a half years closure and more than 10 million dollars expenses. The road was reopened in May 2009.

The same year, in 2009, the road had to close again. Indeed, there was a big fire that caused many damages to some parts of the road. In addition, a rock slide added to the problems. The road was closed until June 2011.

We can draw a positive point from these problems: as we already say, the Angeles Crest Highway is today in excellent condition!

If you are in the Los Angeles area, or you are planning to get there and wonder what road you should drive in the surrounding area, the Angeles Crest Highway definitely worth it! Moreover, you can add to this itinerary the Cajon Pass drive and then go back to LA or continue into Big Bear Lake direction. That way you will have your day trip ready!

Discover other roads around in the United States: click here or see our road map!

We provide you a selection of the best roads for your roadtrips whatever if you are on car, bike, bicycle, scooter, or maybe skateboard!

Use the map to explore the roads, or just discover them exploring the website. 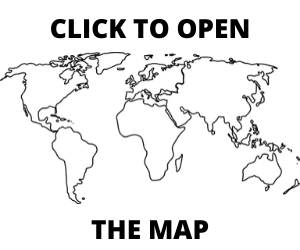 Are you waiting fall? 🍁 @marvin_walter

Have a nice weekend guys 😁 @tiffpenguin

A curvy road in the Tianmen Mountains, have you ev

One of the most known bridge in the world 🗺️

Roadstotravel is a collaborative project. You can write an article about our favorite roads and we will publish it on the website. Please submit us using the contact form and we will contact you.

Please note that the article should meet our standards: respect the structure and be long enough. We reserve the right to modify your text to make it correspond to our standards.

We use cookies to ensure that we give you the best experience on our website. If you continue to use this site we will assume that you are happy with it.Ok